Orphaned at just age four after her parents were killed in a car crash, Ann Moore was taken in by the Sanders, a white family that were her mother and fathers’ former employers. They would provide her room and board over the ensuing years in exchange for her working as a maid’s helper and later a maid.

Fast forward to 1938, married to Percy Gregory, they lived in Gary, Indiana where he worked for US Steel. The young wife was quite active in the community assisting in catering functions at local colleges and volunteering on church committees and civic charity drives. Outgoing and popular, Mrs. Ann Gregory also received an appointment as the first African American on Gary’s formerly all-white public library board. At the same time, she used her athleticism to excel in tennis, even winning the Gary City Championship with a relentless serve-and-volley game. While she played tennis, her husband joined The Par-Breakers, a club for Black male golfers in Gary. 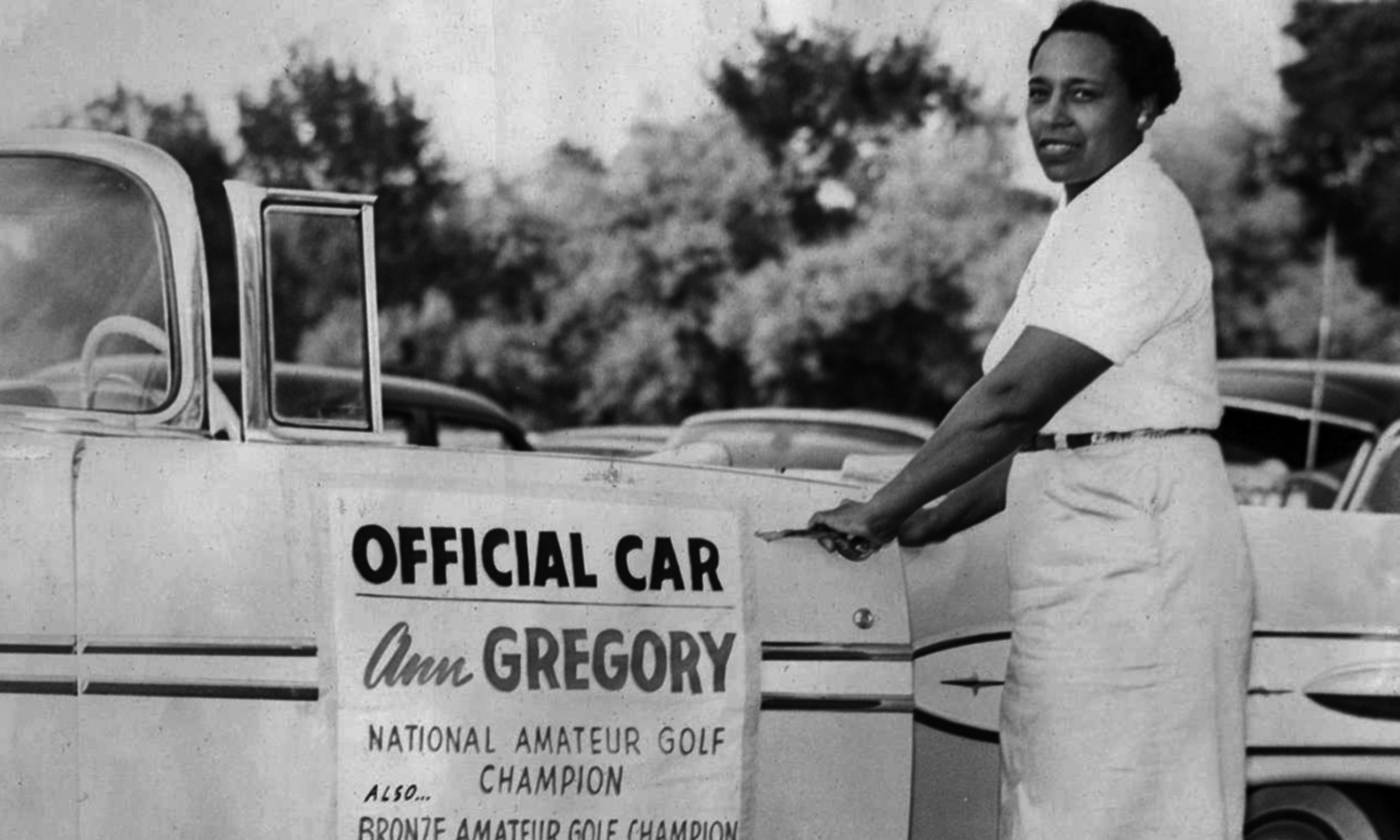 In 1943, with her husband serving in the Navy during WWII, Ann Gregory took up golf herself. Taking lessons from Calvin Ingram, a terrific player and a veteran of the United Golfers Association, the black golf circuit, she discovered a natural touch from tee to green. In just three years, Gregory crafted a high level game – an impressive accomplishment for someone who had not played golf until her early 30s. She started playing Gary’s city-owned hardscrabble nine-hole course and when Mr. Gregory returned from the war and started playing with his wife. Mrs. Gregory defeated him along with all his Par-Breaker buddies as well, even when they made her play from the men’s tees.

She joined the nearby Chicago Women’s Golf Association, an all-Black organization that played at several regional public courses.

One day in 1947, husband and wife went out to play golf. Ann didn’t want to play the little course, the nine-holer to which Black golfers were relegated. But no Black golfer had ever played the big course.

“I’m a resident of Gary,” she firmly told the man in the pro shop, “I pay my taxes. My money’s as good and as green as anybody else’s. I want to play the big course.” Nobody stopped her. 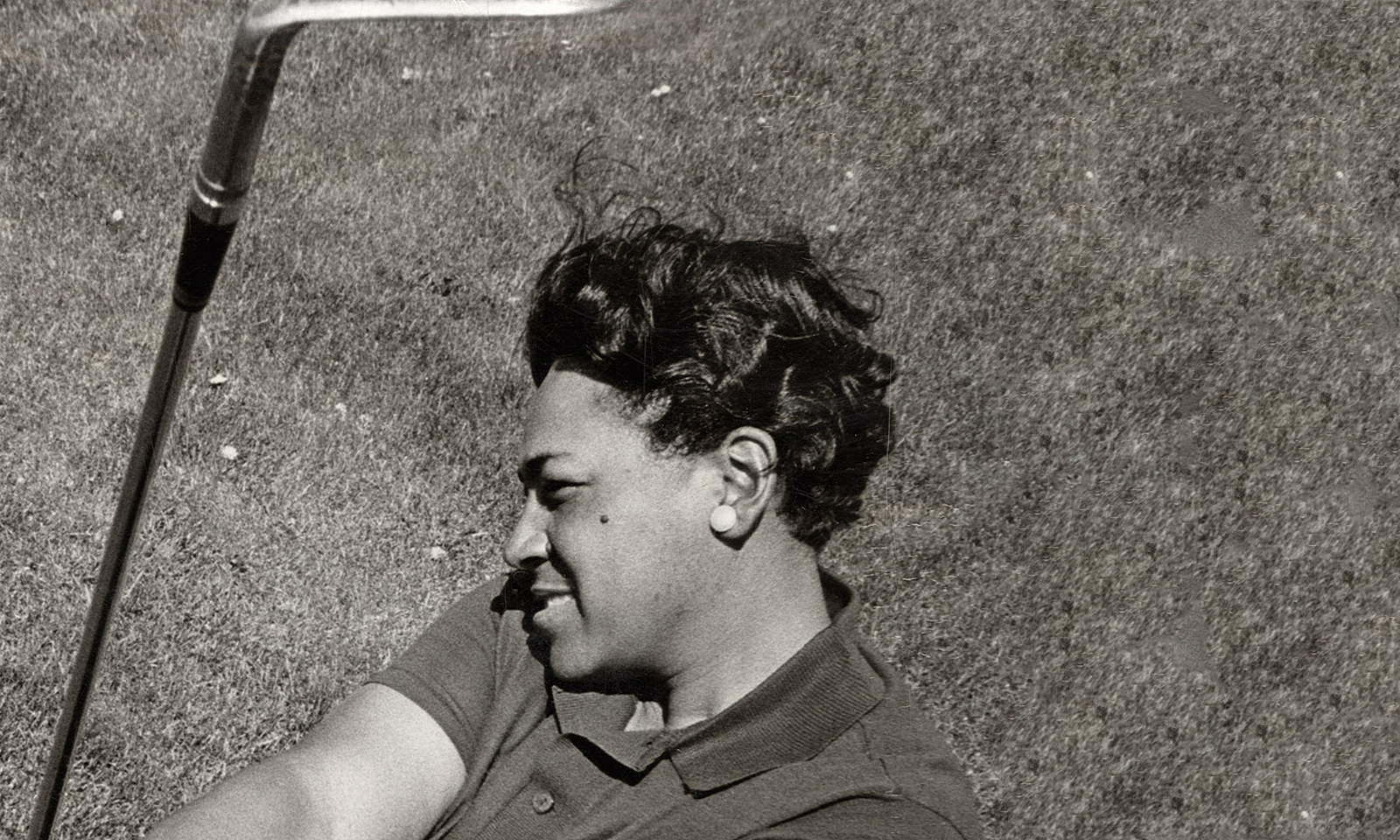 In 1948 Ann Gregory won her first of five Chicago Women’s Golf Club tournaments, as well as a tournament in Kankakee, Illinois, where both she and her husband competed and won in their categories.

Ann Gregory was entering a world where the players were golf debutantes, young white women who competed for silver cups on a tour of private clubs and exclusive resorts.

So on September 17, 1956, Mrs. Gregory teed off in the U.S. Women’s Amateur at Meridian Hills Country Club in Indianapolis thus becoming the first Black woman to play in a national championship conducted by the USGA.

Carolyn Cudone has never forgotten her first-round match with Gregory in that 1956 tournament. In a 1988 story for Golf Journal she remembered: “There was a mob at the first tee. A lot of them were reporters. I was shocked by the crowd’s size because in those days, first-round matches didn’t often draw so many people.”

But over 40 years later she also recalled the words of a club parking attendant telling her father before the match: “Your daughter better win today or you’d better not come back to this parking lot.”

Being the only Black player in this tournament, at the same time, Gregory disappointed some folks in the black golfing community because she eschewed participating in a UGA competition being held on the same weekend. 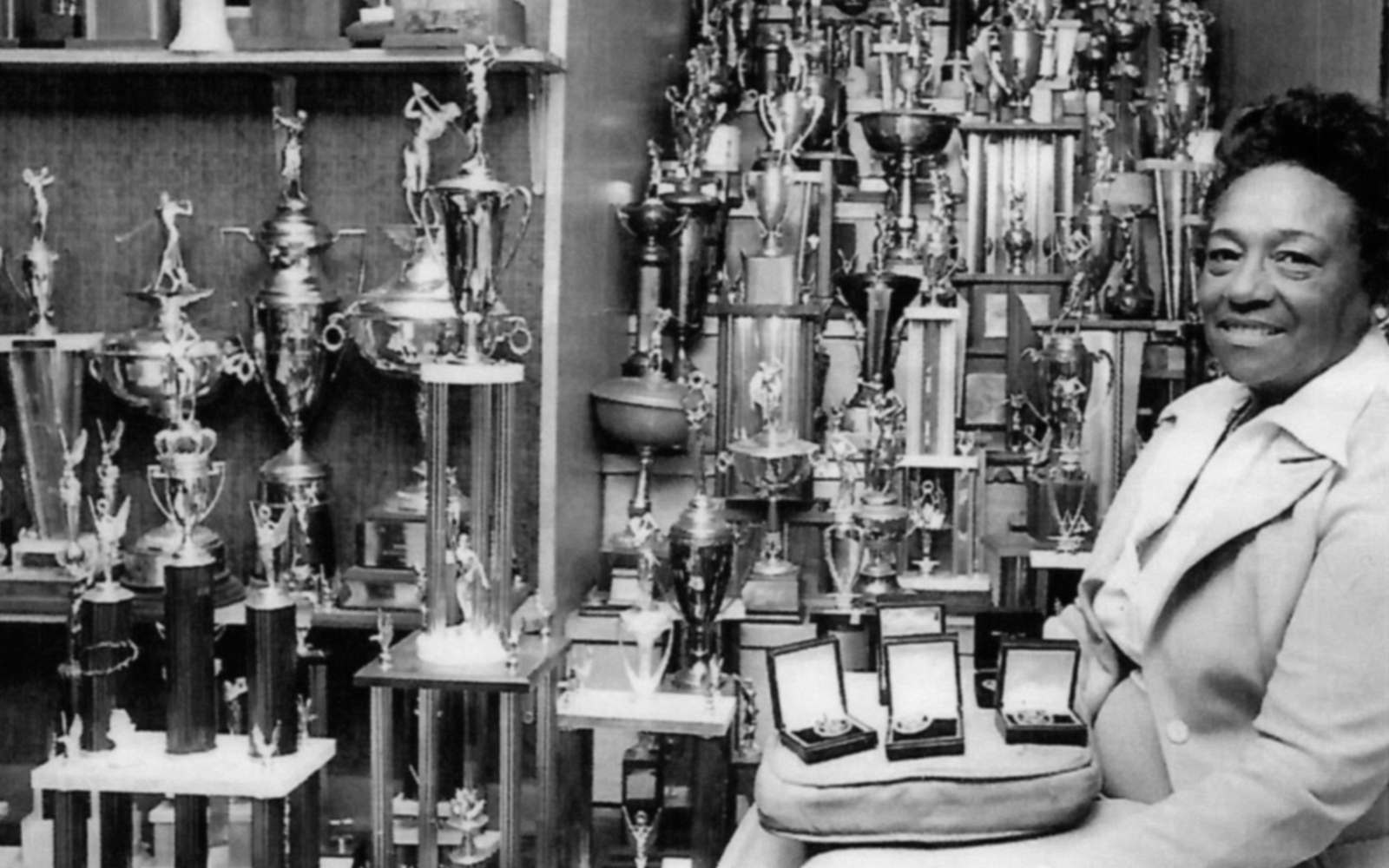 Quite a likable person with a fine sense of humor and compassion, Gregory had an iron will too. And she exchanged leads with Cudone throughout the round, Gregory kept pace until she began to spray her tee shots over the final few holes, losing the match, 2 and 1.

“When we shook hands,” Cudone recalled, “do you know what Ann told me? She said: ‘My husband said I didn’t have a snowball’s chance in hell. I guess I fooled him.’

And her competitive drive amazingly extended into her seventies.

In 1989, at age 76 and competing against a field of 50 women, she won the gold medal in the U.S. National Senior Olympics, beating her competitors by 44 strokes.