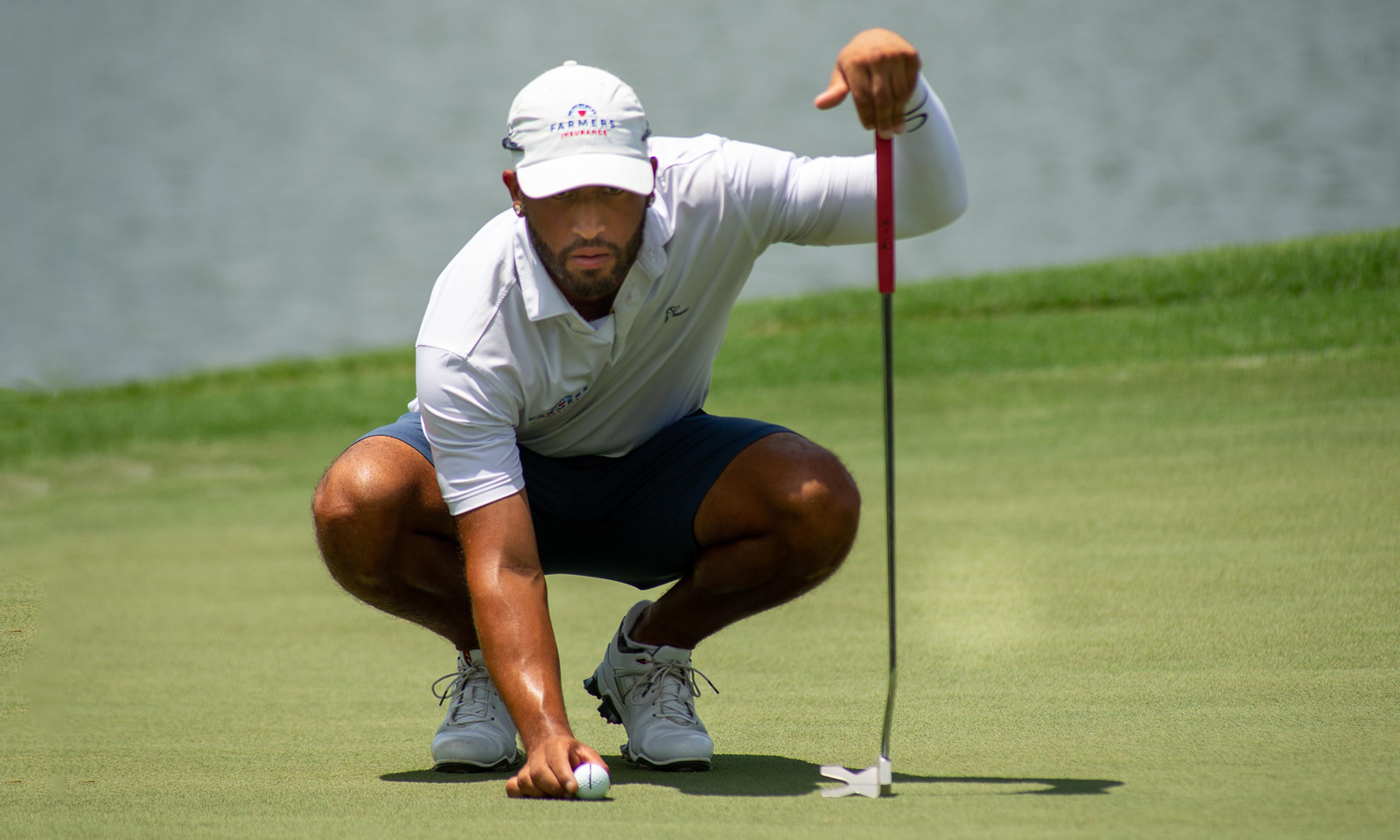 The best year of Willie Mack III’s golf life got even better when the 32-year-old won the Mastercard APGA Tour Championship presented by Lexus Tuesday afternoon in Duluth, Georgia.

Mack shot a tournament-best 64 in Tuesday’s second round at TPC Sugarloaf to top a 50-person field and win the Lexus Cup Points Standings and entry into the first stage of Korn Ferry Tour Qualifying School next month at the  Orange County National Golf Center and Lodge in Winter Garden, Florida.

Mack entered the final round of the 36-hole APGA Tournament with a one stroke lead over Patrick Newcomb after Monday’s 7-under 65. The Bethune-Cookman alumnus ensured neither Newcomb, nor challengers Aaron Beverly and Tim O’Neal would catch him when he birdied Nos. 2, 3 and 4 to take a three-shot lead.

Newcomb carded a birdie at the par-4 fifth hole — the hardest on the course — but it was not enough to slow Mack’s momentum. Mack finished the front nine with a 4-under 32. He started the back nine with a birdie at the 556-yard, par-5 hole No. 10 and breezed to a six-stroke win.

Newcomb was second with a 9-under 135. O’Neal and Beverly were tied for third at 7-under 137 and former Louisiana State golfer Landon Lyons was fifth with a 5-under 139.

Newcomb’s play allowed him to earn $3,000 and finish fourth in the Lexus Cup Point Standings behind Mack, Marcus Byrd and Ryan Alford. Lyons was fifth in the season-long point standings while Kevin Hall was sixth.

“Everything came together pretty well again today,” Mack said afterward. “Including the PGA TOUR and the Korn Ferry Tour, these are the biggest events I’ve played, so this would be one of the top stretches of my career, for sure.  I’ve been able to play better with the opportunities that came along.  Knowing I can play out there (on the PGA TOUR) definitely helps my confidence.” Mack made his PGA Tour debut in January at the Farmers Insurance Open. He also competed in the Genesis Invitational in February via the Charlie Sifford Memorial exemption. He didn’t make the cut in either start, but he played well enough to earn exemptions into the Rocket Mortgage Invitational in Detroit in July and this summer’s John Deere Classic.

Mack finished tied for 71st at the Rocket Mortgage and tied for 64th at the John Deere, but the $28,343 he earned from the two events portended the rest of his summer. Mack won the inaugural Billy Horschel APGA Tour Invitational on July 31.

Following the win in the Billy Horschel APGA Tour Invitational, Mack said his confidence is at a high level. He cited his work with Todd Anderson, the Director of Instruction at the PGA TOUR’s Performance Center at TPC Sawgrass, this year as instrumental to his growth this year.

Now, Mack will look to bring his torrid play to Central Florida for the most important rounds of his emerging career.