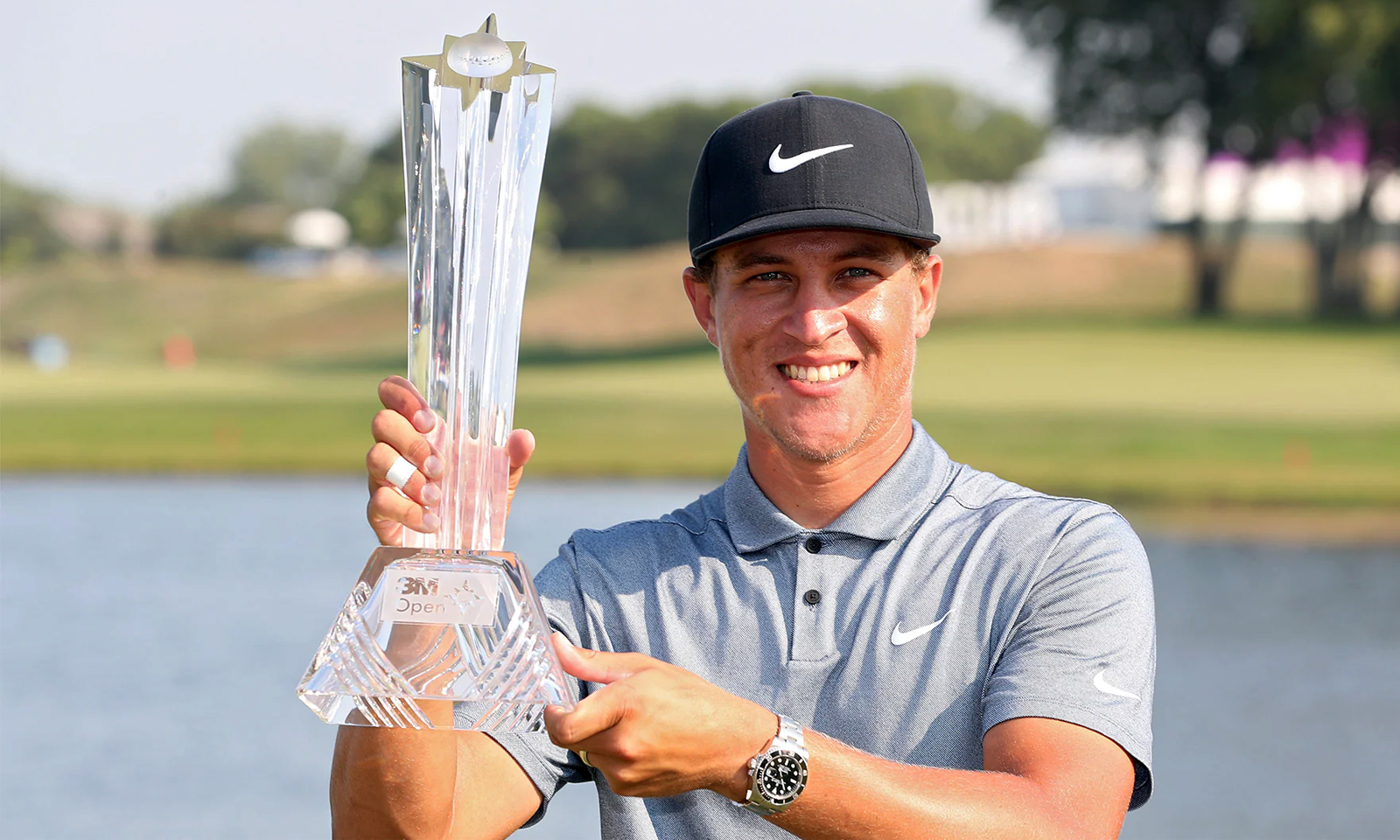 Cameron Champ, the 26-year-old Californian, won the 3M Open at TPC Twin Cities on Sunday to earn his third career PGA Tour victory. Champ carded a 5-under 66 during the final round to overtake third-round leader Cameron Tringale.

Champ’s bogey-free round allowed him to finish at 15-under 269, two strokes ahead of a pair of South Africans with major championships — Louis Oosthuizen and Charl Schwartzel as well as Jhonattan Vegas.

“I was in a very good place,” Champ said. “My game was trending in the right direction. The previous two days, I felt, was stress-free golf. I obviously felt I left a lot out there. On Sunday, I felt if I played the same way, and minimize the mistakes, which I did today, I might have a chance.”

Champ said he brought a better perspective in navigating the course this week and that allowed him to earn his first PGA Tour win since capturing the Safeway Open in September 2019. His win was his first since his beloved grandfather, Mack Champ, died in October 2019. “In the last two months I have been in a better head space and realizing what is truly important to me and what is not,” Champ told reporters afterward. “I have been sticking to it.”

Champ told reporters he only had one shot where he didn’t trust prior to his approach during the final round.

Toward the end, Champ started to cramp. But, he had enough in the tank to birdie No. 16 and recover from an errant tee shot on the 72nd hole to earn the win.

Sunday’s victory moved into the top 50 of the FedEx Cup rankings. It likely secured his place in the FedEx Cup Playoffs that begin next month as well as his PGA Tour card for the 2021 season.