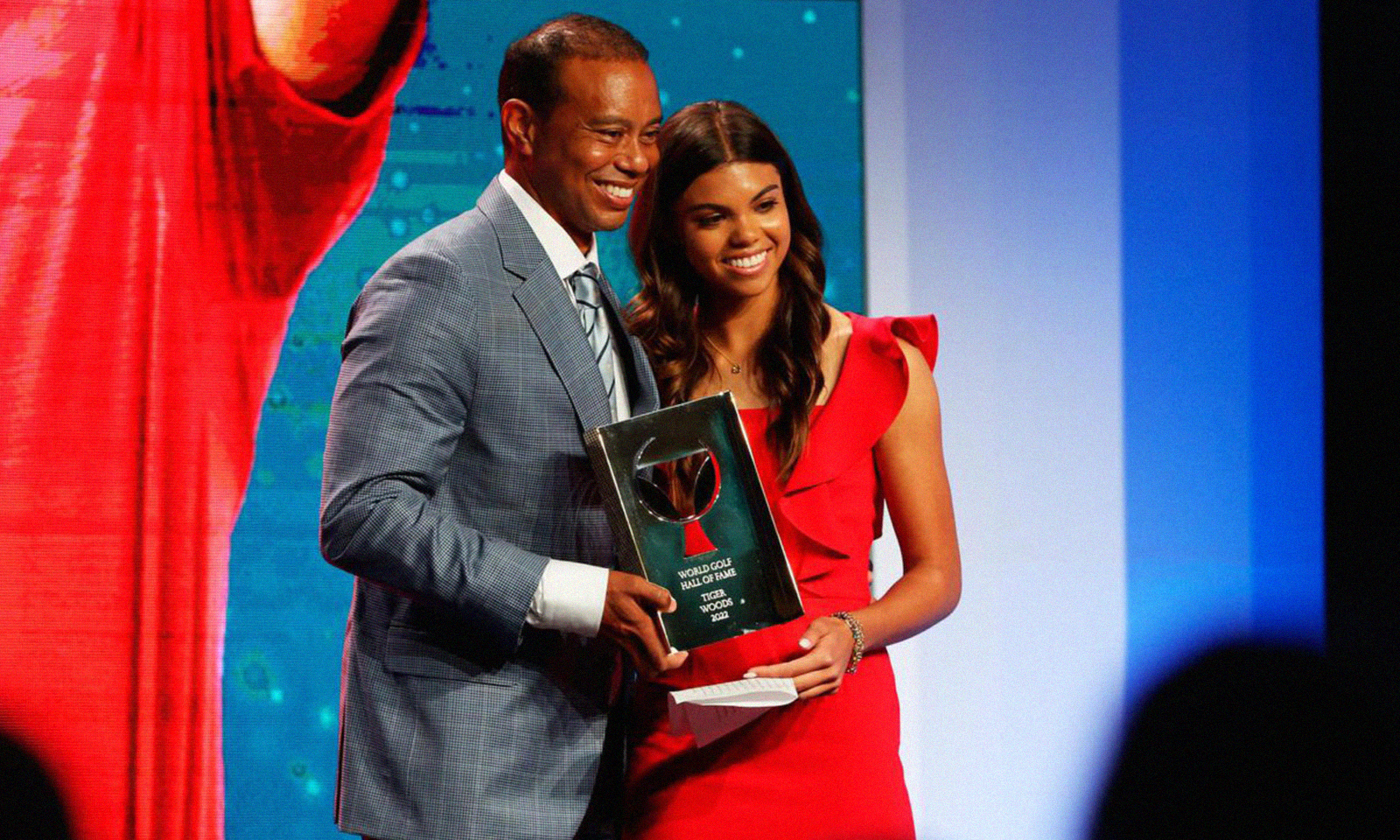 “I know that golf is an individual sport. We do things on our own a lot for hours on end, but in my case, I didn’t get here alone,” Woods said. “I had unbelievable parents, mentors, friends, who allowed me and supported me in the toughest times, the darkest of times, and celebrated the highest of times.”

Since Woods burst onto the scene by winning the 1994 U.S. Amateur at TPC Sawgrass, he has enjoyed highs that will not soon be forgotten: a PGA-Tour tying 82 wins, 15 major championships, two FedEx Championship victories, the ‘Tiger Slam’ and more.

He has also survived addictions, arrests and a life-threatening accident. Woods became the second Black person inducted into the World Golf Hall of Fame. He follows in the footsteps of the late Charlie Sifford.

Wednesday, the Hall of Fame introduced the Charlie Sifford Award presented by Southern Company. The goal of the award is to recognize and celebrate those who have championed inclusivity within the game.

Renee Powell received the inaugural Charlie Sifford Award. She mentioned the award is more about her family’s contributions to the game than hers as an individual.

Powell’s father, Bill, created the Clearview Golf Club in Canton, Ohio in 1946. The club was the first to be built, owned and maintained by African Americans.

Powell was a member of the LPGA Tour for 14 seasons, but her impact on the sport was most acute by serving as the head professional at Clearview. The club’s Clearview Legacy Foundation has created opportunities for minorities and veterans to find a fairway that suits them and get into golf.

“I feel an incredible responsibility and obligation to make sure Clearview is secure for the next 75 years and beyond, long after we are long gone,” Powell said.

PGA Tour Commissioner Jay Monahan said Sifford’s life is a reminder that “we can and we must” be better as a sport and a society when it comes to inclusivity. He added Powell’s groundbreaking contributions made her the perfect recipient of the inaugural Sifford Award.

Back then, Woods was at the height of his powers. Wednesday, the 46-year-old was equal portions humble, appreciative and jovial about his journey in the game.

Most of his 15-minute address focused on his childhood in Cypress, California and the sacrifices his parents Earl and Kultida made for him to become the golf icon and one of the most transformational figures the game has ever seen.

“So without the sacrifices of Mom who took me to all those junior golf tournaments, and Dad, who’s not here, but who instilled in me this work ethic to fight for what I believe in, chase after my dreams, nothing’s ever going to be given to you, everything’s going to be earned,” Woods said. “If you don’t go out there and put in the work, you don’t go out and put in the effort, one, you’re not going to get the results, but two, and more importantly, you don’t deserve it. You need to earn it.

“So that defined my upbringing. That defined my career, which allowed me to get into a great university like Stanford. From there, I turned pro. And Phil Knight is here, CEO of Nike, and at the time Wally Uihlein was the president and CEO of Titleist, very generous signing a little punk kid from Stanford at 20 years old to these exorbitant contracts, first thing I was able to do is I was able to pay off that mortgage.”

Woods and Finchem were instrumental in converting the PGA Tour into one of the most popular sports properties in the world. Woods dazzled galleries with shot-making and athletic prowess never-before-seen in golf. Finchem was the Commissioner of the PGA Tour whose business nous allowed the tour to convert the Woods phenomenon into a financial supernova that benefitted the entire sport.