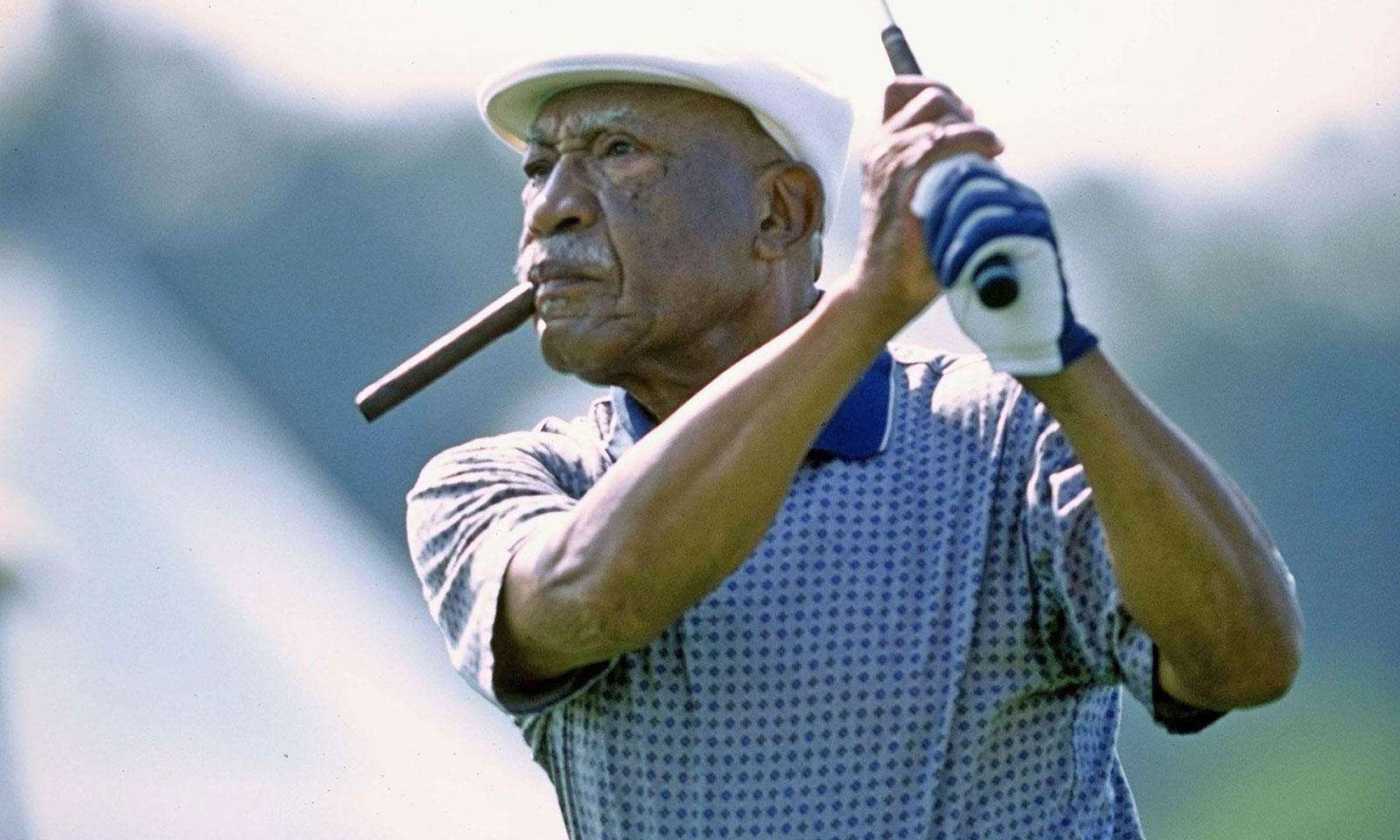 November 15 marked the 17th anniversary of Charlie Sifford’s historical induction into the Golf Hall of Fame in 2004. Golf in its entirety has been striving to be more diverse and inclusive as the sport has been seen with a massive barrier to entry for many. To propel this effort, the Golf Hall of Fame has announced the creation of the Charlie Sifford Award presented by Southern Company.

The award carries the namesake of the legendary African American golfer Charlie Sifford, who faced much adversity and through perseverance, he overcame all of those obstacles. Sifford debuted in 1948 and did not make a PGA Tour until the early 1960s. Sifford won the 1967 Travelers Championship, 1969 Genesis Invitational and finished in the top-60 on the money list in his first nine years on Tour. His induction into the Golf Hall of Fame for his historical contributions to the sport, alongside his achievements, has broken barriers for generations. Allowing many to follow in his footsteps. Charlie’s son, Charlie Sifford Jr, said his family is “immensely proud and honored to have this award established in my father’s name.” Charlie Jr went on to describe his father as a man with great “perseverance, grit, and determination.”

The first recipient of this instantly prestigious trophy is going to be Renee Powell. She will receive the award on Wednesday, March 9, 2022, as part of The Players Championship in Ponte Vedra Beach, Florida. The award is again given to those who best exhibit Sifford’s achievements through perseverance, confidence, respect, and adaptability. Powell is the second African American woman in LPGA Tour history and has demonstrated as much resilience overcoming her own barriers of adversity and has dedicated her career and life to making the sport of golf for everyone. Powel said she is “honored to be the first recipient of this award and to see Charlie Sifford be recognized for breaking down barriers that never should have been put in front of him and all others of color who strived to play this game. I was taught early on by my parents that golf should be a sport for everyone, and we can all diversify this game in so many ways.” Powell has competed in over 250 professional tournaments during her illustrious career and was a member of the LGPA Tour from 1967 to 1980. Starting in 1995, she has been the head professional of both the PGA and LGPA at the Clearview Golf Club in East Canton, Ohio. Part of an inclusivity-building legacy, her father, William, started the first U.S. golf course designed, constructed, and owned by an African American. The Clearview Golf Club started the Clearview Legacy Foundation, a non-profit that focuses on education, preservation, and research, using golf as a tool to reach everyone.

Southern Company, a gas and electric utility holding company, is honored to sponsor and present this trophy. The company has been associated with the sport of golf for decades now and has focused on promoting values and the showcasing and celebration of those who are champions of character. Southern Company has made a commitment to being a role model and frontrunner on issues concerning racial equity. Tom Fanning, CEO of Southern Company said “Her (Renee Powell) commitment to these values not only led to great achievements and success in her career, but also introduced so many underrepresented groups to the game and the lessons it teaches all of us.”

Alongside Powell receiving the first Charlie Sifford Award, Dick Ferris and Peter Ueberroth will both be receiving newly created lifetime achievement awards for their contributions to the world of golf. This is the first time the Hall of Fame induction ceremony will be held in Florida since 2013, the most recent ceremony was held in California in 2019.